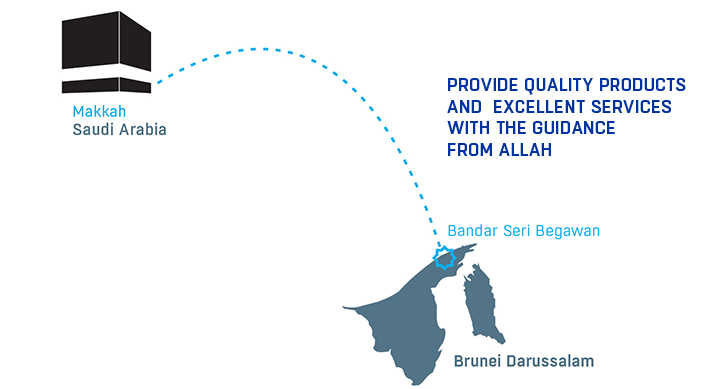 A government linked company and a subsidiary of Perbadanan Tabung Amanah Islam Brunei (TAIB) was established to cater Hajj and Umrah operation as a national pilgrimage Hajj agent.

DHSB introduced Umrah Packages to Brunei, which later became a full fledge Hajj and Umrah agency for the nation.

DHSB book called Brunei, the Islamic Experience was launched in conjunction with The Islamic Tourism Launch and Exhibition 2011 by His Majesty.

DHSB was appointed the official travel agent for Turkish Airline in Brunei Darussalam.

DHSB was appointed the official travel agent for Etihad in Brunei Darussalam.

Launch of As Salam Loyalty Card which was officiated by His Majesty during Perbadanan TAIB 25th Anniversary at ICC.

DHSB celebrated its 25th Anniversary together with IITHSB which was officiated by the Crown Prince.

Darussalam Services Sendirian Berhad, a subsidiary of DHSB was formed on 1st August 2020.