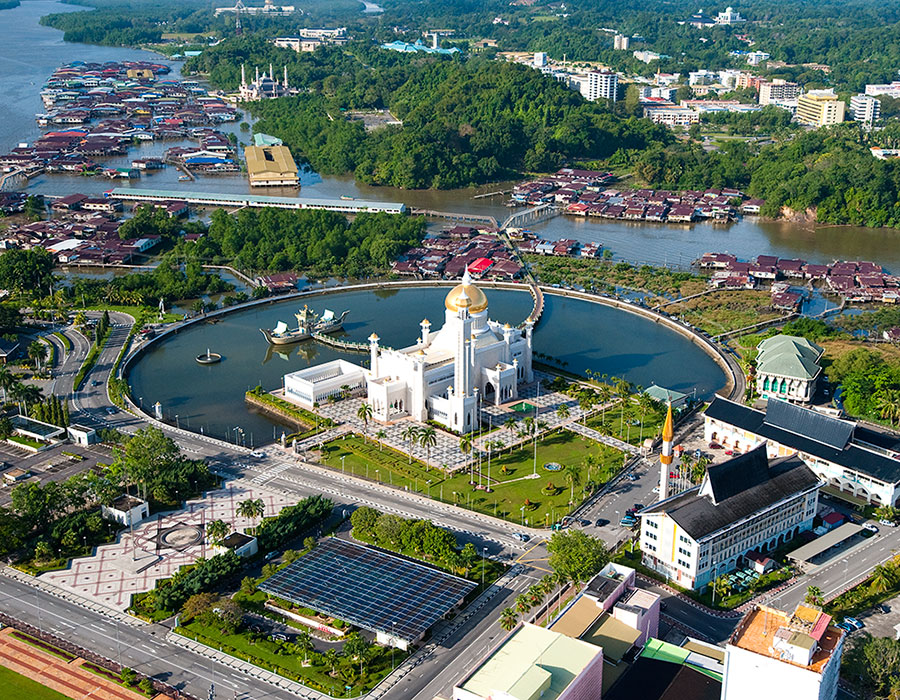 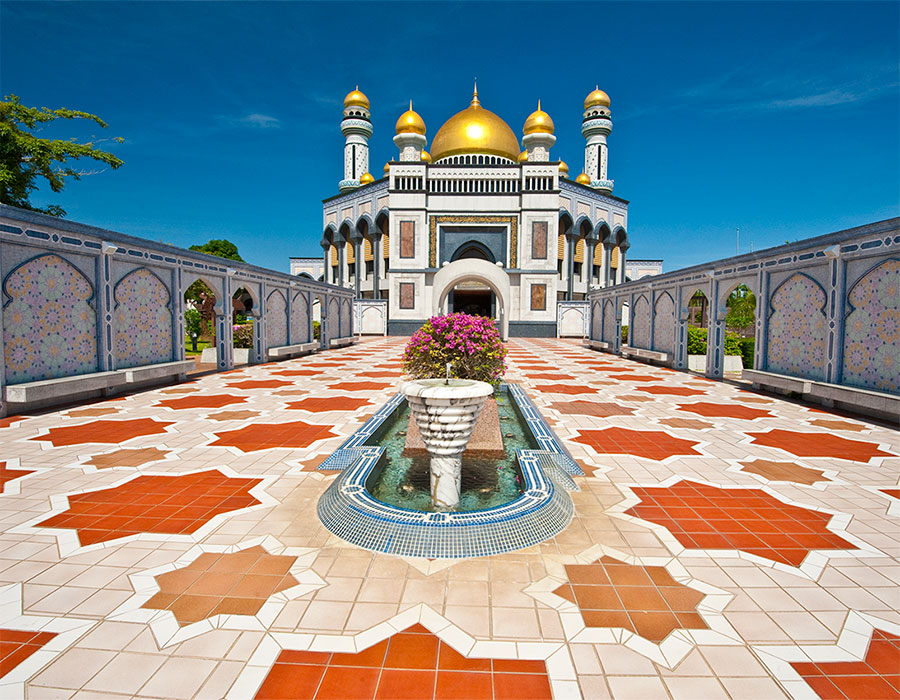 Meet and greet upon arrival at Brunei International Airport. Tours will proceed with a city tour to The Royal Regalia Building Royal Regalia Museum, where visitors can get a glimpse of the Sultan’s full royal regalia, including the crown and royal chariot, along with a vast collection of opulent treasures built to commemorate in the occasion of Silver Jubilee of His Majesty the Sultan and Yand Di-Pertuan of Brunei Darussalam accession to the throne in 1992.

The tour continues to the iconic golden-domed Sultan Omar Ali Saifuddien Mosque that stands out like a beacon in the city centre of Bandar Seri Begawan. Standing at 53 meters talls, in fact, no other buildings are allowed to be built higher than the mosque to reflect the importance of Islam in the Sultanate.

Last stop of the day will be to Brunei’s largest mosque, Jame ‘Asr Hassanil Bolkiah which was built in 1992 to celebrate the 25th year of His Majesty’s reign. Its four terazzo-tiled minarets dominate the ‘suburbs’ of BSB and lit up like golden flame at night.

Lastly, we will proceed to meet foster parents and stay for the next three nights with them.

Shortly after breakfast, we will proceed to meet with friendly villagers for a homestay programme which comprises of a full-day activities that includes preparing local culinary dishes, part-take in traditional games and enjoy catching some fresh fish using tools and techniques used by the indigineous tribes in the past.

An array of mouth-watering dishes will be prepared for lunch and dinner. Be mindful that it is common practice for the Malays community to eat with their hands, a technique that may require plenty of practice.

Lastly, transfer back to the homestay to freshen up, then proceed to dinner and have the rest of the evening free at your own leisure time.

After enjoying local breakfast, we will proceed to a unique boat ride across Brunei River to witness the largest water bound village in the world with 30,000 residents living in homes built entirely on stilts and wooden walkways.

The water village or commonly known as “Kampong Ayer” was historically important for trades in Borneo with a rich history which dates back over 1,300 years. Antonio Pigafetta, a European voyager refers to it as the “Venice of the East”.

Drop by the Tourism and Cultural Gallery which showcases the long history of Kampong Ayer, the Water Village, from as far back as the 10th century. There are five galleries featured inside the building with each one featuring the different facets of village life and interesting artefacts, arts and craft. You may do some shopping here.

After breakfast, bid farewell to the villagers then proceed to the Malay Technology Museum, a museum dedicated to collect and exhibit the traditional lifestyle of the Brunei-Malays.

After lunch, do some shopping at several prominent shopping complex.

When visiting a mosque, all visitors should remove their shoes. Women should cover their heads and not have the knees or arms exposed. You should not pass in front of a person in prayer or touch the Qur`an.